Sun Conscious“ We are all persuns ”

Welcome to the Sun Conscious website, first launched in 2000.
At the very start of the new millennium, Surya Green and five readers of her first book, The Call of the Sun, established Sun Conscious non-profit foundation. 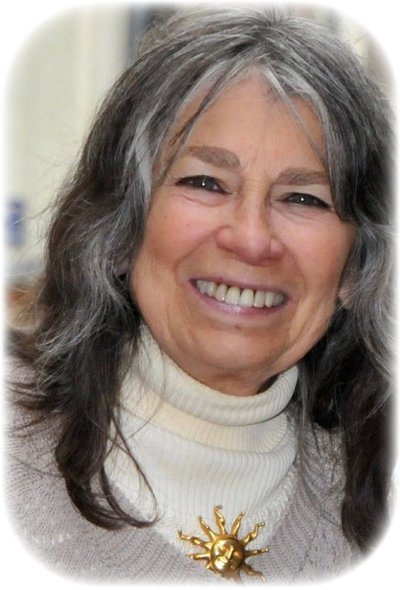 Brightness dares to emerge in the darkest of situations.
Brightness offers armor against COVID-19.

The new year is envisioned to provide protection from the Covid-19 virus.
But even as we look to 2021 and beyond,
let us remember with love, compassion, prayer, and mantric recitation
those who passed, and will still pass,
from the coronavirus,
as well as those who mourn them.

The Mother of Pondicherry,
the esteemed spiritual leader
of the Sri Aurobindo Ashram in India,
when asked the deeper causes of illness, replied:

Once Upon a YugoslaviaWhen the American Way Met Tito's Third Way

"Pensive, engrossing ... The author's sensitive, searching prose makes it feel as though readers are eavesdropping on her thoughts, making every page highly personal and captivating.... An impressive portrait of a country in a tumultuous time but also of a young woman in an equally tumultuous time, eventually heading home with eyes open to the absolute need for equality for women, other races, and for the poor and disadvantaged." --

Surya Green’s first book, The Call of the Sun, described her mystical experiences with our Sun in India in 1972 and her subsequent spiritual transformation. After the book’s publication, some readers asked Surya
what previous experiences had prepared her to hear Sun’s call.

Surya thought back. Historic 1968 came up. At the time, Surya was a graduate student in communication
at Stanford University in California, and America was rocking with cries for social reform – cries reminiscent
of those expressed nowadays. When her film mentor selected her for a writing internship
at a well-known Yugoslav film studio, Zagreb Film in Croatia, she said “Yes!”

Contemplating her readers’ question, Surya realized that the tests and trials she faced in Tito’s Yugoslavia -- then a materially-deprived, turtle-paced, and repressive though iconoclastic communist nation --
helped her nurture certain abilities helpful for spiritual attunement.
Yugoslavia literally forced her to slow down, detach from consumerism, and deeply reflect.
The Yugoslav lifestyle influenced her to begin redefining the American Dream, the good life, success.
She also enjoyed in Yugoslavia an ecstatic taste of unconditional human love.

To answer her readers’ question, Surya picked up her pen and out flowed
Once Upon a Yugoslavia.

“Inspiring and uplifting . . .
and full of extraordinary personal adventures…
a compelling story indeed.”

Glimpse here the extinct Yugoslav society of 1968 that Surya Green filmed and described in her latest book, Once Upon a Yugoslavia, the prequel to The Call of the Sun. Film narrated by the author.

If you require any more information or have any questions about our site's disclaimer, please feel free to contact us by email at Contact.

From our website, you can visit other websites by following hyperlinks to such external sites. While we strive to provide only quality links to useful and ethical websites, we have no control over the content and nature of these sites. These links to other websites do not imply a recommendation for all the content found on these sites. Site owners and content may change without notice and may occur before we have the opportunity to remove a link which may have gone 'bad'.

Please be also aware that when you leave our website, other sites may have different privacy policies and terms which are beyond our control. Please be sure to check the Privacy Policies of these sites as well as their "Terms of Service" before engaging in any business or uploading any information.

This site disclaimer was last updated on: Thursday, April 7th, 2016
· Should we update, amend or make any changes to this document, those changes will be prominently posted here.